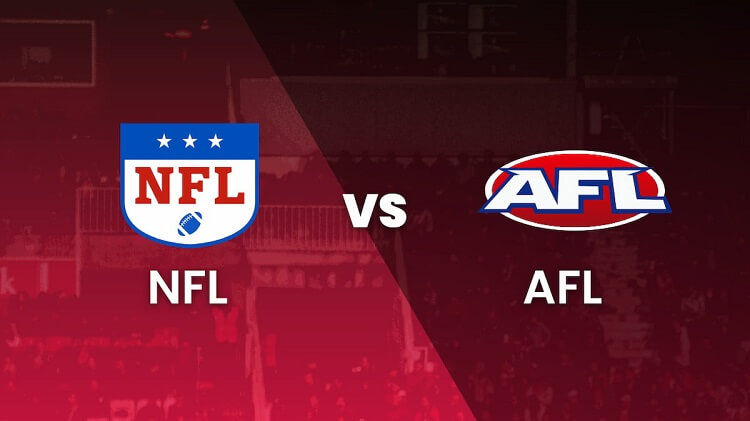 The only professional Australian rules football league is the Australian Football League (AFL). These two leagues are both well-known, and each has its fan base. Similar to how AFL is watched in the United States, NFL is watched in Australia.

Now that their respective leagues are loved, Australian and American supporters can’t help but be a little competitive.

We have seen many fan queries about NFL vs. AFL on the internet, and we felt some of them were so intriguing that we had to provide you with an answer.

To get the answers to the most frequently asked questions concerning NFL vs. AFL, continue reading our guide.

Comparison Table Between NFL And AFL

The NFL and AFL are both famous football leagues but have differences in the pace of the game and some rules that make them unique. The National Football League is America’s most popular sports league and was founded in 1920.

The Australian football league was founded in 1896 and was known as Victorian Football Association (VFA) but changed its name to AFL in 1990.

While Australian football concentrates on kicking the ball to score with more brawl-like plays, American football is often much more organized and incorporates throwing the ball with important plays to score.

Other than these significant differences, let’s learn how else these leagues are different from one another in the table below:

Although the NFL has been more successful in gaining fans in America and worldwide, AFL also has its importance. Both the leagues are pretty different from each other in multiple aspects, rules, fields, and points, and everything is different.

Which One Is More Popular, NFL or AFL?

What is more popular, the NFL or the AFL? It is currently one of the most frequently asked questions, and we are here to provide an answer.

This is a terrific topic, with many different categories to respond to. These TV viewership numbers, however, are far lower for an NFL game during the regular season.

It is predicted that 17.1 million people will watch an NFL game during the regular season on average in 2021. On the other hand, the AFL was praised for “keeping a steady ship” as 111.4 million viewers watched their matches in 2019.

This was speaking of the entire season. Now let’s talk about which receives more television coverage, the Super Bowl or the Grand Final.

One of the sports leagues with the most extensive television coverage worldwide is the NFL. Over 99 million people watched the NFL’s annual championship game, the Super Bowl, in 2022.

Viewership was almost above the 2.96 million mark for 2019. Nevertheless, with an average of 3.06 million viewers tuning in nationwide, Saturday’s AFL Grand Final washout was among the least watched in the league’s history.

We might as well compare which league generates more revenue now that we are contrasting the two leagues.

The AFL is significantly less profitable than the NFL. The annual revenue of the National Football League is $13 billion. ‘Just’ $2.5 billion went to the AFL.

Ticket revenues, licensing and merchandising rights, and corporate sponsorships are additional sources of income. NFL rookies earn an average salary of $365,000 per year. Most of their revenue comes from bonuses such as roster bonuses, signing bonuses, contract incentives, and a few more types.

On the other hand, rookies make the majority of their money via bonuses, including the roster bonus, signing bonus, contract incentives, and a few different types.

A rookie’s starting point is typically the NFL minimum, but exceptional players may get paid more. $309,206 times 32 teams equal an expected $9.8 billion in revenue for the league in 2021, down from the estimated $15 billion or more in revenue for the season of 2019.

The COVID-19 pandemic was said to be to blame for this drop. Roger Goodell, the commissioner of the NFL, set a revenue goal of $25 billion by 2027, a decade before the pandemic began.

A new CBA agreement was reached in 2017 between the AFL and the AFL Players Association, which included a 20% rise in player pay.

Over 738 million Australian dollars were made in revenue by the Australian Football League (AFL) in 2021.

Due to higher broadcast fees and better commercial returns, the AFL’s revenue grew by $63.3 million to $738.1 million.

Comparing Franchises From Both Leagues

Let’s discuss which NFL and AFL franchises are more valuable and why.

There are 18 clubs in the AFL, and if we’re being sincere, not every team is famous or performs at its peak, so it doesn’t have the same worth as other teams. The top 3 most valuable AFL teams are listed below. 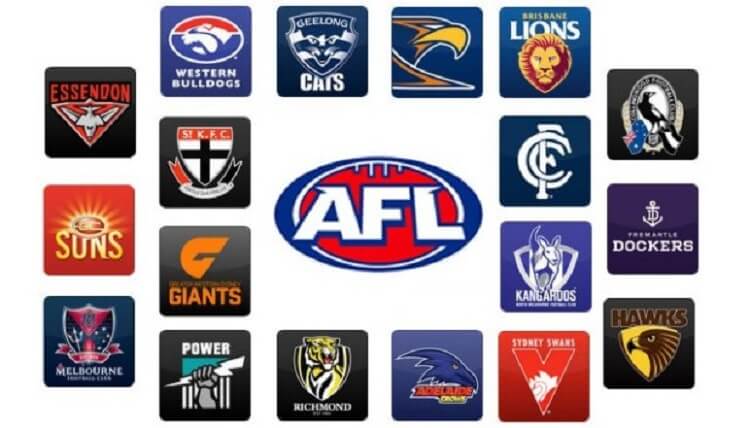 The Collingwood Football Club, also known as the Magpies or just the Pies, is an Australian rules football team that plays professionally and is based in Melbourne. It is a member of the Australian Football League, the top game division, and is the most popular and valuable side in the AFL. (2017 turnover of $77.7 million),

Last but not least, we have The Essendon Football Club, nicknamed the Bombers, is a professional Australian rules football club. The club plays in the Australian Football League (AFL), the game’s premier competition. Its value is $65.1 million. 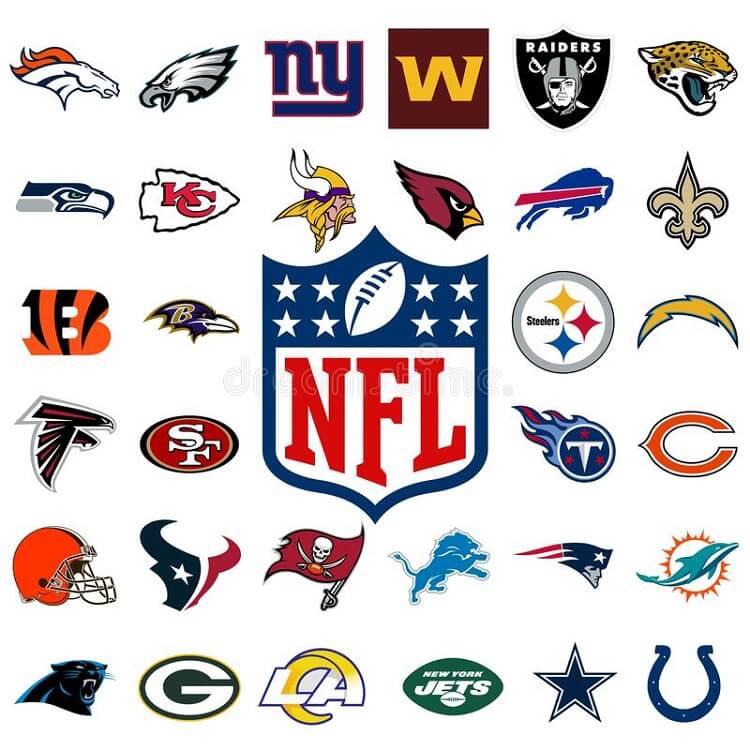 According to the most recent rankings, the Dallas Cowboys will be the most valuable NFL franchise following the 2021 season.

The Los Angeles Rams are the second-most valuable team in the NFL, with a value of $5.91 billion, which has increased by 26% from last year.

Finally, we have the New England Patriots, whose domain is Massachusetts and whose worth is $6.4 billion, up 68.4% from the previous year.

The answer to which league has the most viewership is pretty simple, NFL has been increasing its television viewership since it signed an 11-year contract with some of the top sports channels, namely, Fox TV, CBS, ESPN, and NBC.

On the other hand, the AFL is not that far away from NFL; being a professional sport in Australia, they also have a massive fan base, but unfortunately, they have not reached out to the international media market as NFL has.

According to the statistics, Super Bowl LII has 98.2 million viewers worldwide watching the game. Whereas for the Grand Final, 2.96 million joined to stream the fight. The figure indicates the NFL’s win over the AFL.

The pandemic hit the games as no spectators were allowed or could cheer their teams in person. However, if we talk about the average over the years, the NFL regular season had 16.67 million attendees. Dividing that by 256 total games played, there were 65,100 fans per match.

Whereas AFL has 7.5 million attendees for 207 games, calculating 36,200 fans per match. This leaves the NFL as the most attended league. The AFL average is still down since the covid has hit the world.

Thanks to TV cable NFL and AFL have been spread all around the globe and have a massive fan base both in the US and internationally. However, the NFL brings in more money for its franchise and its players than the AFL.

The NFL is more popular and stable than the AFL as they have been around for a century, whereas AFL just started its journey in 1896. Hence, the NFL had more time to work on itself to stabilize its future.

The salaries of both NFL and AFL players vary due to the revenue they make during one regular gaming season. Also, the pay is different for a first-year and a regular player.

For a first-year NFL player, the average salary is $365,000 per year, and they can earn by getting bonuses, such as signing bonuses, contract incentives, and other formats.

Other than that, a regular NFL player earns $1.9 million per year, and an NFL quarterback gets paid $4 million per year. The NFL, the most popular professional sport, gives players a reason to earn better.

Similarities Between Both Leagues

Both the leagues, AFL and NFL, have considerable differences but similarities. Both leagues are growing pretty fast and are appreciated by fans around the globe.

Below listed are some of these similarities:

Does the Super Bowl make more money than the Grand Final?

Super Bowl LII is a mega event and raises more money than the Grand Final, leaving no doubt that there is no comparison. The Super Bowl easily surpasses $500 million yearly, bringing significant revenue to the league.

Whereas the AFLs grand final, on average, is worth $45 million, the number keeps increasing as the sport gains popularity over the years. The massive difference between Super Bowl and Grand Final is due to marketing strategies and broadcasting rights.

What is the difference between AFL and NFL game length?

Both the eagles have many differences, including the game length, which is significant enough not to be ignored:

Which sport is more popular worldwide: the NFL or the AFL?

Given that the NFL has been operating for a century and the AFL has only existed since 1990, it stands to reason that American football is currently more lucrative and well-liked.

Both the NFL and AFL have their values and are equally famous in football. They have their sets of rules that make them different from each other, which makes no room for a comparison of NFL vs. AFL. However, we have still compared a few parameters.

Which indicates the popularity of the NFL around the globe. Mainly because AFL has been there for a more extended period and had the time to make its place, whereas AFL is fighting pretty hard, and maybe in time, both the leagues stand parallel to each other.