Since the NFL is the most watched Football League in the world, fans eagerly await the release of the league’s new season’s schedule to learn when and where their favorite teams will play, even though the opponents are previously known.

Most of you must believe that the NFL utilizes a convoluted method to set the schedule for the season. Still, it’s a relatively straightforward process, and if fans are interested, they can apply some study and deduction to learn who their team will be playing in the new season.

The first Monday of September in the United States is marked as Labor Day, and the NFL regular season begins the following week. The opening game takes place on Thursday, with the defending Super Bowl champions typically hosting the tournament.

Continue reading our guide to learn more about this algorithm and how the NFL schedule works.

Anatomy Of The NFL Schedule 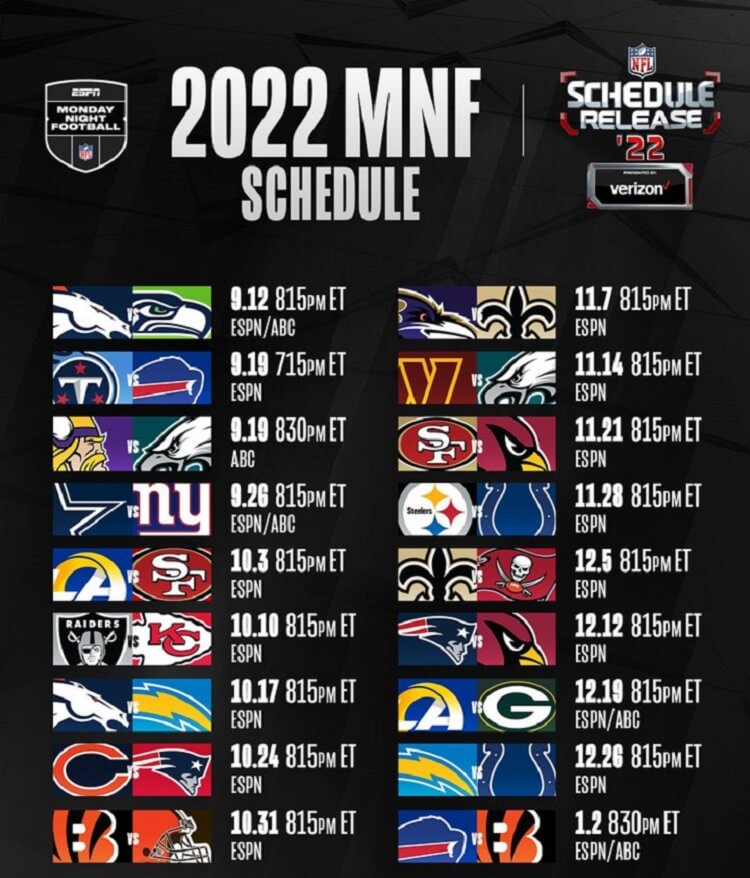 The East, North, South, and West divisions, each with four teams, are divided among these 16 teams in each conference. With one bye week, each team will play 17 regular-season games.

The breakdown of each team’s opponents is as follows:

Two games per team, one at home and one on the road.

2. Four games against teams from divisions  within its conference:

Two games at home and two on the road. It rotates between the other three divisions in a team’s conference each season

3. Four games against teams from a division in the other conference:

Two games at home and two on the road. It rotates between the four divisions in the other conference each season

4. Two games against teams from its own conference’s two remaining divisions:

One at home and one on the road. Matchups are based on division ranking from the last season.

5. One game against a non-conference opponent from a division that the team is not scheduled to play:

The matchup is based on division ranking from the previous season, with teams that finished in the same place in their respective division playing off.

Conferences alternate between home and away each season. This meeting was added to the calendar when the NFL went from a 16-game season to a 17-game season in 2021.

Rules and regulations for making an NFL schedule 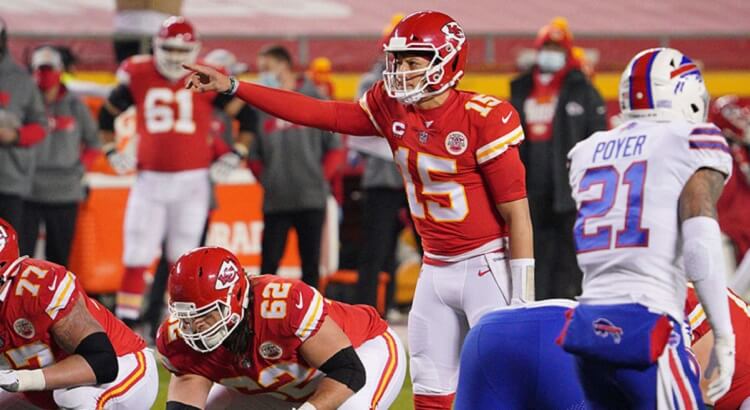 A few sets of rules are considered while making the NFL Schedule. These rules are essential for the teams as it makes it easier for them to play and not get overworked.

Here are the essential rules the NFL schedule makers need to keep in mind for it to work:

Who Creates The NFL Schedule?

The vice president of broadcasting, Onnie Bose, and broadcasting coordinator Nick Cooney are among those involved.

When creating the 272-game schedule that spans the 18 weeks of the NFL season and features the league’s best matchups and talent, the league must consider the fans, the league’s broadcast partners, and many other factors.

Events planned to occur in or close to NFL stadiums must be accommodated in the schedule; these events could compete with the games, put undue strain on the playing surface, or cause traffic or logistical snarls.

In January, the league started asking the clubs for information about activities that might cause scheduling issues.

Internal factors also place restrictions on the schedulers. An algorithm decides each team’s opponents yearly, and a rotating schedule assures every team plays each of the other 31 at least once in four years.

Thanks to technology, schedule makers also receive assistance. It is up to the schedule creators to choose the best one from among the thousands of potential schedules generated by thousands of computers.

What Are The Factors Affecting The NFL Schedule?

Based on the current division alignments and the final division standings from the previous season, the NFL applies a stringent scheduling system to determine which teams play one another.

Since the NFL’s regular season was last extended in 2021, the present formula has been used.

Additionally, they make an effort to prevent clubs from having to travel the following week after playing a road game on a Monday night.

On top of that, they need to be aware of potential schedule conflicts. The league starts asking teams in January about activities that can pose logistical challenges, such as concerts at the stadium or other sporting events at close-by venues.

What Is Flexible Scheduling?

There are a few things to know if answering How the NFL Schedule Works. Flex scheduling was introduced in 2006 for NBC’s Sunday Night Football.

Only the Sunday Night Football matches have a tentative timetable and can be moved to Sunday afternoon between 1 pm ET, 4:05 pm ET, or 4:25 pm ET.

Also, in 2014, the NFL introduced another thing called cross flexing. This allowed FOX and CBS to cross-flex their timetables and divided matches for the Sunday afternoon network.

This way, the number of matches was equally aired and cross-flexed, as CBS had three games and FOX also had three games to air. In the 2022 season, flexible scheduling for the Sunday games may be utilized twice, for the weeks 11-15 and 17.

The matches on these dates are tentative and can be changed. However, only the Sunday afternoon matches can be shifted to Sunday night and vice versa. 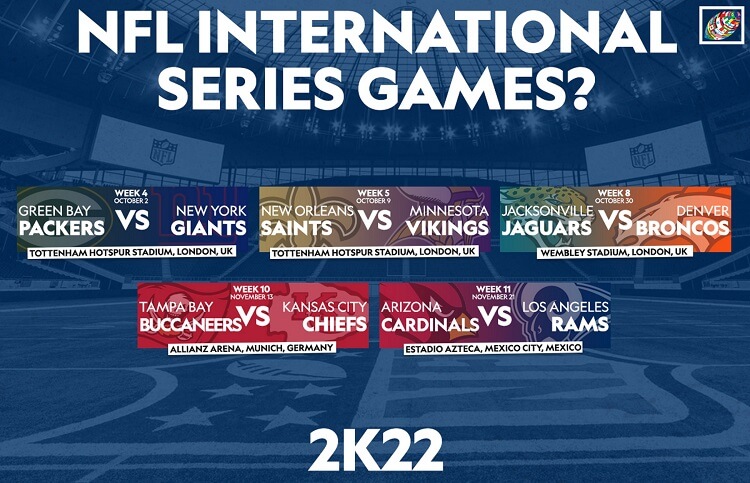 The league is to play a game in Germany in addition to the existing games in the United Kingdom and Mexico. The clubs are allowed to play matches abroad the same way they have been in previous seasons.

This scheduling is done early in schedule making as it seems challenging for the schedule makers. According to the 2022 season, there are three games in London, 1 in Munich, and 1 match set to be played in Mexico.

The schedule makers need to be sure that the traveling is not a burden on the team and whether or not the team gets a bye week.

What Makes A Good NFL Schedule? 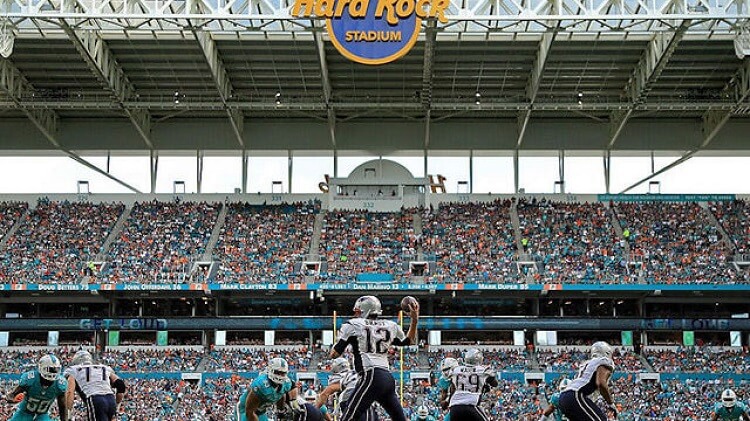 How the NFL Schedule Works has a lot to do with the bye week. The bye week is a week in the schedule of the NFL where each team in the middle of the month has a week where they do not play any games and have free time.

According to the NFL schedule, each team gets one bye week between weeks 6 and 14.

This seems to be a massive task for the schedule makers to adjust. They need to change the teams that played a week before it has to face a team coming off its bye.

After the schedule makers consider all the factors, the schedule is produced, and the league might have to make minor adjustments on short notice.

Such as natural disasters can cause these little changes. In 2017 a hurricane in Miami caused the week one game of the Tampa Bay Buccaneers to be postponed.

This caused the teams to have a week one bye and got to play the game in week 11. The other factor the schedule makers need to remember is that the units are not continuously traveling and grasp a considerable amount of time to rest before they o play again.

With this, we would say that creating a schedule is pretty challenging and that there might be no such thing as a perfect schedule. However, the schedule makers consistently provide weekly games for broadcasters and fans.

FAQs – How the NFL Schedule Works

When Is The Schedule Announced?

The NFL releases its full schedule in the spring. The teams, however, know their opponents for the next season soon after the regular season ends. The new campaign starts in early September, announcing several matchups before the release of the regular season.

How do the NFL schedule makers avoid any issues?

The schedule makers need to be aware of any conflicts that can cause an issue with the schedule, so they start gathering the year’s events, weather forecasts, and all the odds that might interfere with the sporting event.

What team in 2022 has the most demanding schedule?

According to the projected schedule and total wins this season, Kansas City seems to have the most challenging timetable for the 2022 NFL season.

Making a schedule is pretty tense and longer than one can imagine. Adjusting a total of 20 games for each year that includes 17 regular season matches and three pre-season duels is a tough job. Yet the schedule makers do not give up.

They put in a massive effort to build a schedule that works for all the players, broadcasting partners, and fans. How the NFL schedule works is pretty basic, and there is enough room for adjustments and flexibility for any unforeseen causes.