While most businesses faced the loss after the Covid-19 pandemic, the NFL franchises rose more robust than ever before. In the 2020 season, the total revenue of the NFL dropped by 20%, with an average of $381 million per team.

But as soon as the pandemic ended, the NFL saw a record gain in revenue which it has not seen in more than five years.

All this money comes from several television deals, merchandise, licensing contracts, and ticket sales. One of the main reasons for the high growth of the NFL franchise is the massive popularity of the National Football League.

According to a survey in 2021, In the United States, 75 out of 100 most-watched US programs were NFL games. NFL is all about the business; even a losing team is sometimes worth more money than the winning team.

Our article will discuss the top 10 most expensive NFL teams and how they make so much money.

The following is the summary of the most expensive NFL teams discussed in our article:

All the NFL franchises are worth millions of dollars. However, some are more valuable than others. Let’s look at the top 10 most expensive NFL teams as of 2022: 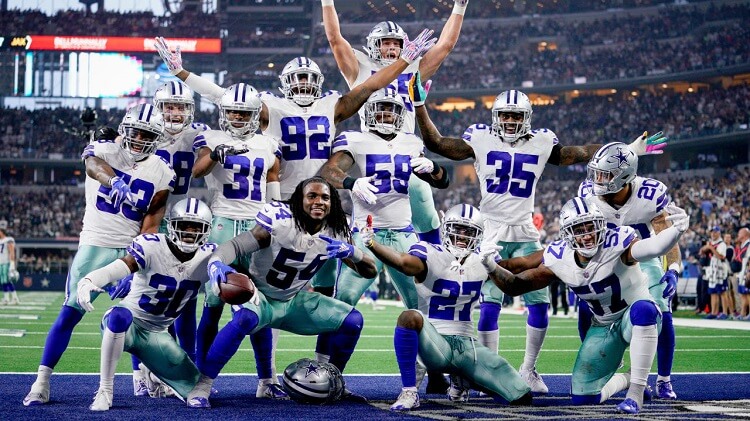 In the NFL, winning championships does not mean you make the most money, and Dallas Cowboys is a living example of that statement.

Despite not winning a championship trophy in more than 26 years, Dallas Cowboys is the most expensive NFL and valuable sports team ever.

The total value of the team is US$8.0 billion. The franchise is owned by Jerry Jones, with Stephen Jones as its CEO. The Dallas Cowboys became the most expensive NFL team due to its large fan base. They have social media following of 17 million followers.

Another way the franchise makes money is by selling its home venue, AT&T Stadium, with a 100,000 capacity. They earn $100 million annually with their premium ticket sales alone.

Mexico owns the international marketing rights, and the local broadcasting rights of the Dallas Cowboys are owned by KDFW, KTVT, KXAS-TV, KRLD-FM, and KMVK.

New England Patriots come second on the list as the franchise’s net worth is US$6.4 billion. This year is the franchise’s 11th year as 2nd most valuable NFL team. The franchise is owned by Robert Kraft, with Jonathan Kraft as president.

The Patriot’s principal reason for the success is their most famous player Tom Brady. Brady’s jersey sales alone brought in $20 million for the Patriots in the 2015–16 season. 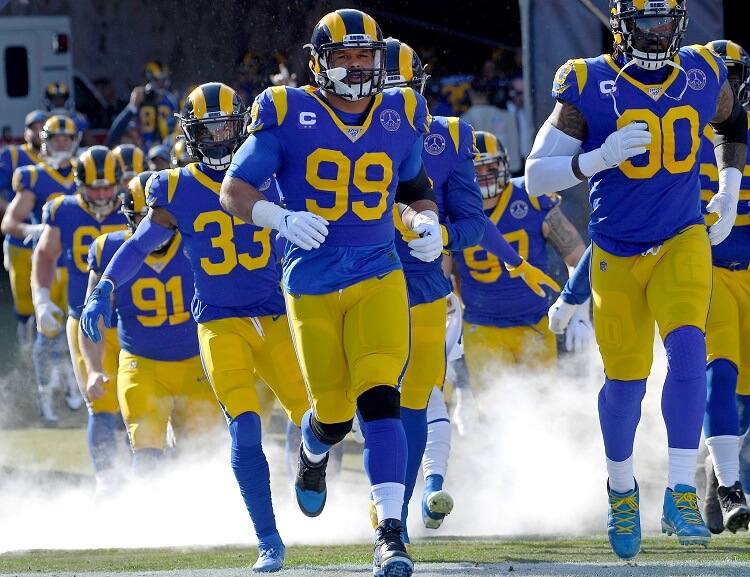 Los Angeles Rams, the defending champions of the NFL season 2022-2023, is the third most expensive NFL team. The net worth of the Rams is US$6.2 billion. The franchise is owned by Stan Kroenke, with  Kevin Demoff acting as Chief Operating Officer.

The Home stadium of the Los Angeles Rams is the SoFi Stadium which has an audience capacity of 70,240. The international marketing rights of the Rams are owned by Australia, China, New Zealand, and Mexico. 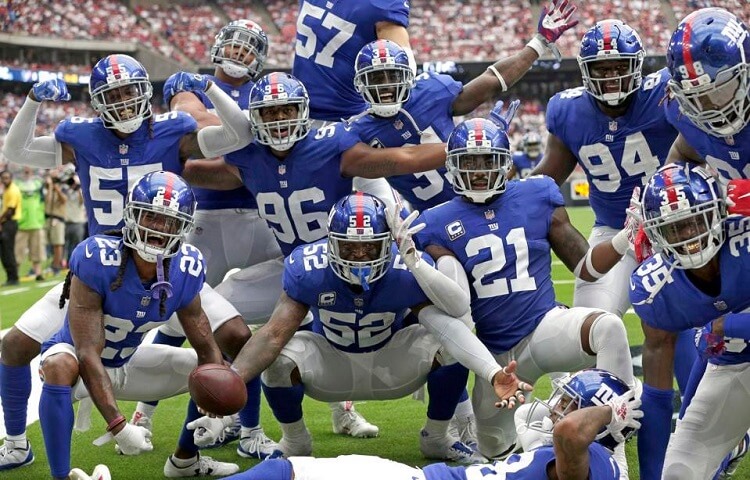 You don’t need a good NFL track record to be one of the most valued NFL franchises. New York Giants have the second-worst NFL track record since 2016. But the franchise is the 4th most expensive team with a net worth of US$6 billion.

New York Giants owns the MetLife Stadium with a capacity of 82,500. In addition to NFL, the franchise hosts other sporting events in the stadium, such as WWE, soccer, and XFL.

John Mara owns the franchise, and Steve Tisch, with John Mara, was appointed president and CEO. The social media following of the New York Giants is 8.2 million. 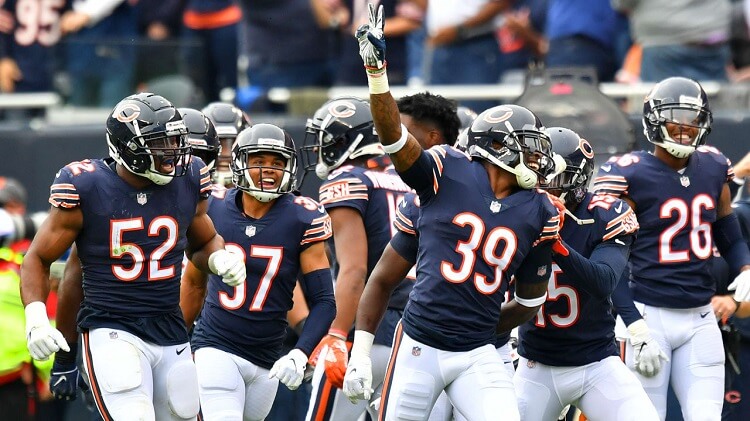 Chicago Bears is among the top 5 most expensive NFL teams, with a net worth of US$5.8 billion. The NFL team also has a large fan base and has 7.4 million social media followers.

The McCaskey family owns the Chicago Bears, while Ted Philips is the president and Chief Executive. The team’s home venue is Soldier Field which has an audience capacity of 61,500. Spain and the United Kingdom own international marketing rights. 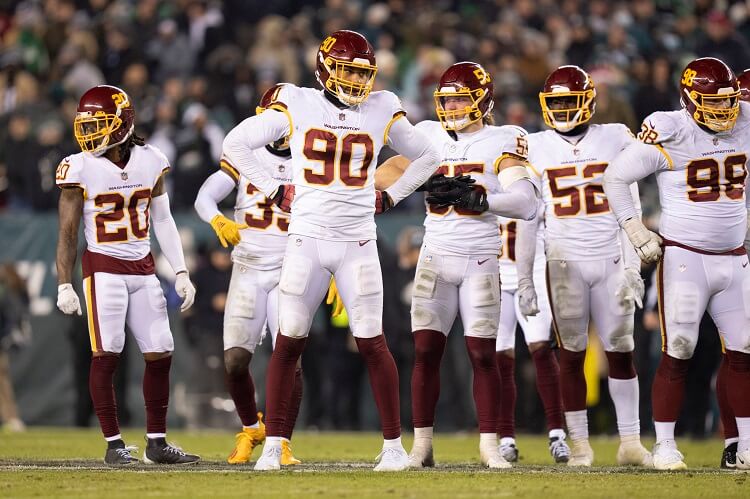 The franchise owns FedExField Stadium, which has an audience capacity of 67,717. Amid all the controversies, the Commanders still have a large fan base and 4.3 million social media followers. 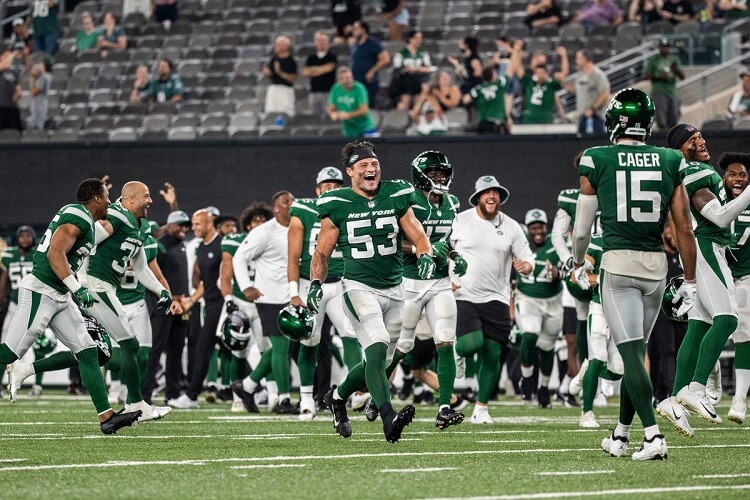 Another New York-based franchise, the New York Jets, ranks among the top most expensive NFL teams. The New York Jets have a net worth of US$ 5.4 billion. The franchise is owned by Johnsons Family, who has appointed Hymie Elhai as president. 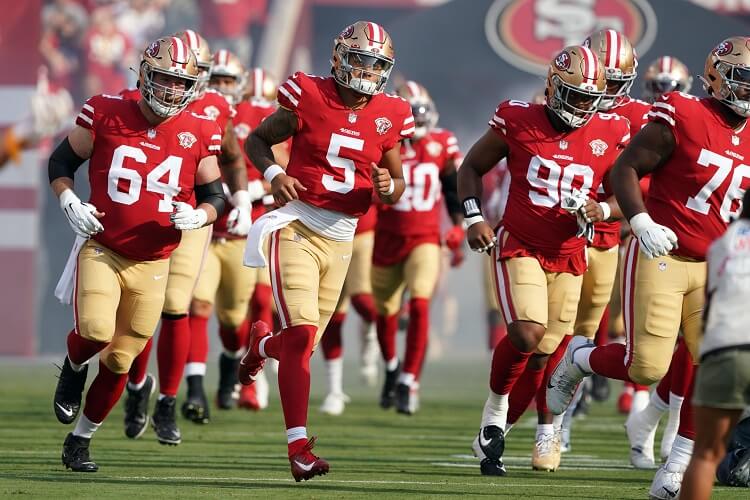 The San Francisco 49ers have won five Super Bowl Championships. The franchise’s total net worth is US$ 5.2 billion, which makes it the 8th most-valued franchise in the NFL.

The franchise is owned by Denise DeBartolo York and John York, with Jed York as CEO. The San Francisco 49ers have a large fan base with a social media following of 9 million.

The team’s home venue is Levi’s Stadium, with a capacity of 68,500 audiences. Mexico and the United Kingdom own the international marketing rights of the company. 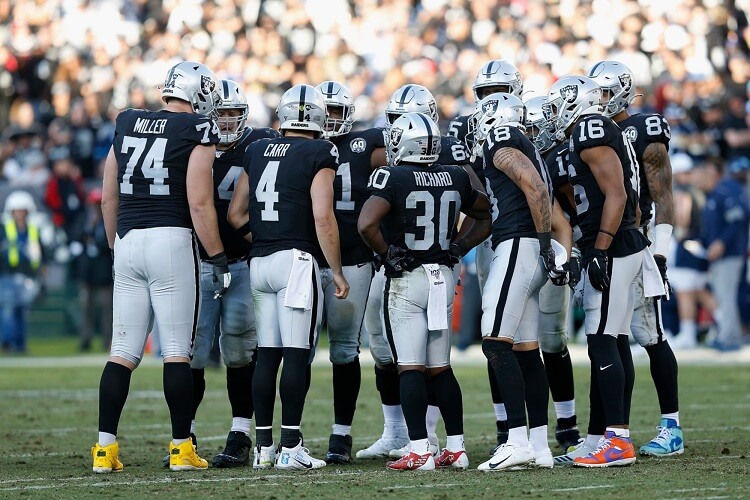 The home venue of the Vegas Raiders is the Allegiant Stadium which has an audience capacity of 65,000. The team has a social media following of 7.4 million fans. Mexico owns the international marketing rights of the Las Vegas Raiders. 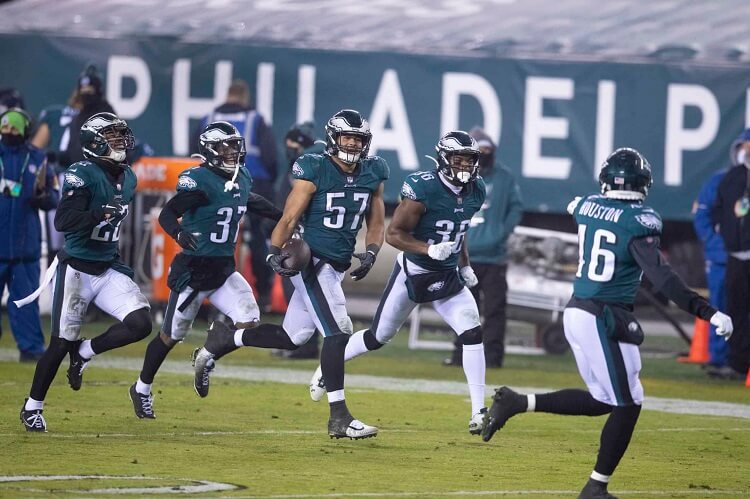 The franchise has a huge global fan base that can be determined by social media following of 9.1 million. The team’s home venue is Lincoln Financial Field, which has a capacity of 69,879 audiences.

NBC Sports Philadelphia (preseason and NBC TV affiliate), WIP-FM (English radio), and WEMG (Spanish radio) are also some of them.

Why Do NFL Teams Worth So Much Money?

The initial years of the National Football League were not so successful, and the league did not have enough money. However, now that the league has figured out the best way to earn, it is considered the golden goose of television sports.

The following are the top methods that the NFL franchise uses to make the most money:

The TV deals made with the national official NFL broadcasting partners, such as ESPN, Fox, CBS, Amazon, and NBC, make up a total of US$5 billion every year. This money is equally distributed among the 32 NFL teams, US$ 150 million each, regardless of their net worth.

Many NFL teams make individual deals with local brands. All the revenue generated by the local sponsorship deals goes to the owner franchise and is not distributed among all the teams. E.g., the Dallas Cowboys deal with the Bank of America, Windsor Casino, and Ford.

The NFL generates billions of dollars worth of revenue with its merchandise sales. All the revenue generated by merch is shared equally among all the NFL teams, with the exception of the Dallas Cowboys. The Dallas Cowboys sell their merch to generate US$ 1 billion per year.

Each NFL team earns millions of dollars with the naming right deals of their stadium. For E,g, the Dallas Cowboys alone make US$ 17-19 million annually with the deal with AT&T. The deal allows AT&T to use its name on the stadium.

In the NFL, every franchise keeps every penny earned from the suite and club seats. This can be particularly profitable because luxury suites can cost well over US$100,000 annually.

And for some of the most prestigious franchises in the league, close to US$1 million.

Ticket sales are one of the significant factors which bring the most revenue to the NFL. The ticket sales bring in US$ 3.3 billion per year. The Home teams keep 60% of the total ticket revenues while the 40% is equally distributed among 32 teams.

Which is the most expensive NFL team as of 2022?

The most expensive NFL team is the Dallas Cowboys with a net worth of $8 billion.

Which is the least expensive NFL team as of 2022?

Cincinnati Bengals are the least valuable NFL franchise with a net worth of $3 billion.

Which NFL team has the most operating income in 2022?

As of 2022, the Dallas Cowboys have the most operating income of 466 million dollars according to Forbes.

Which NFL team earns the most revenue?

The Dallas Cowboys brings in the most revenue with 1.1 billion dollars.

The National Football League is one of the most popular sports in the United States. But the NFL is much more than just sports. It is a stable business that generates billions of dollars worth of money each year.

In our article, we discussed the 10 top most expensive NFL teams, and how they make so much money. By now, you must have realized that you don’t need to win every NFL championship to become the most valuable NFL team.